Sotiris Mousouris (President of the Hellenic-African Chamber):   Why should Greek businessmen head to Ethiopia?

Mrs. E. Armenaki:  Because Ethiopia is:

Ethiopia is the oldest independent country in Africa, and is among the most stable countries in the region. The 2012 peaceful transition of power to a new Prime Minister has proven the stability of Ethiopia’s multi-party political system and parliamentarian form of government.

Security in Ethiopia has been ranked 55th out of 148 countries by the World Economic Forum (Global Competitiveness Report, 2013-2014. Ethiopia has grown at an average rate of 10% since 2010. Growth forecasts of more than 7% from the International Monetary Fund and the African Development Bank place Ethiopia among the world’s fastest growing leaders over the medium term.

b. Excellent climate and fertile Soil.

Ethiopia is the 27th largest country in the world by land size and given its diverse topography and geographical location, it is suitable for the production of some of the world’s most coveted food crops - cereals, pulses, oil seeds, a wide range of fruits and vegetables, coffee, tobacco, sugar cane, tea and spices, among others.

Private property is protected by the Constitution and the investment law. A foreign investor has the right to make remittances out of Ethiopia in convertible foreign currency at the prevailing rate of exchange. Ethiopia is a member of the Multilateral Investment Guarantee Agency (MIGA), a World Bank affiliate which issues guarantee against non-commercial risks in signatory countries, and of the World Intellectual Property Organization (WIPO). Ethiopia has concluded 30 bilateral investment promotion and protection agreements, of which 11 are with individual European Union Member States. Significant other partners include China, India, South Africa, and Russia, and a number of regional economic partners (Israel, Egypt, and Sudan, among others).

Ethiopia’s minimum wage is among the lowest in Africa.

With a population of almost 94 million people, Ethiopia is the second largest market in Africa, and is also part of the Common Market for Eastern and Southern Africa (COMESA) comprising 19 member countries and over 400 million people.

S.M.: What are the political and economic conditions in the country today?

S.M.:  What are the main incentives for investments in the country and what are the most attractive sectors?

E.A.:  Ethiopia offers a comprehensive set of fiscal and non-fiscal incentives to encourage investment into priority areas, including:

S.M.:  What kind of products and services could Greece export to Ethiopia? 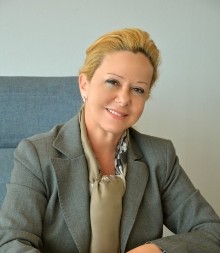